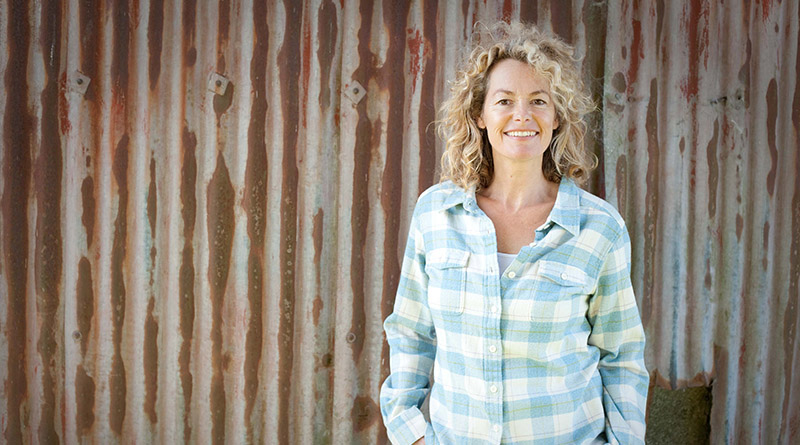 Bewdley Festival 2019 is bringing a local, national and international programme of multi-arts events to the Wyre Forest this year. Tickets are available from Saturday 18 May online at www.bewdleyfestival.org.uk or from the Festival Office in St George’s Hall (10.00am–2.00pm).

The main festival opens in the Festival Theatre at the Mercure Bewdley Heath Hotel at 8.00pm on Friday 11 October. The festival opening night continues this year’s pre-festival link to the roots of music by featuring ELIZA CARTHY, a young lady who embodies the dynamism and vitality of an English folk revival.

This is a very special evening as Eliza, together with her legendary father MARTIN CARTHY and some special friends, will be performing her ambitious new project ‘East’ for Bewdley Festival.

The opening Saturday evening on 12 October brings JON CULSHAW and BILL DARE to the stage. ‘Dear friends’ for more than 20 years, comedian/impressionist Jon Culshaw and legendary comedy writer/producer Bill Dare from BBC Radio 4’s Dead Ringers have come together for an evening of unscripted, spontaneous comedy and conversation.

After many years, the festival is delighted to have BENJAMIN ZEPHANIAH returning on Sunday 13 October. Benjamin Zephaniah was born and raised in Handsworth, Birmingham. He has gone on to become one of Britain’s most loved and admired poets. He is also a playwright, musician, author, social commentator and actor, collecting no fewer than 16 honorary doctorates.

Naturalists have always proved very popular with festival audiences and Monday 14 October features KATE HUMBLE. ‘An Evening with Kate Humble’ will see Kate talking about her life working with animals and wildlife, the far flung places that this has taken her to and the inspiring people she has met on her travels.

The evening of Tuesday 15 October is an exclusive event for the festival. It brings a very special evening, as BBC broadcaster ADRIAN CHILES tells stories of his career and answer questions from the audience.

Two old rock n’roll buddies chew the fat about their careers and the meaning of life exclusively for Bewdley Festival on Wednesday 16 October. An evening of conversation, unscripted in content, featuring internationally acclaimed broadcasters ‘Whispering’ BOB HARRIS and DANNY BAKER promises to be informative and hilarious in equal measure with great music and mind-blowing anecdotes centre-stage.

On Thursday 17 October, Bewdley Festival becomes part of the national tour featuring THE HORNE SECTION. They’ve had their own TV special at the London Palladium, they have an iTunes-chart-topping podcast and now they’re touring the country. Following their hit BBC Radio 4 series and many years of sell-out shows at the Edinburgh Fringe Festival and London’s West End, don’t miss everyone’s favourite Dictionary Corner regulars on 8 out of 10 Cats Does Countdown and the first band to ever host Never Mind The Buzzcocks (BBC Two).

The final two nights of the festival brings even more top-class music to the Festival Theatre. On Friday 18 October, the festival welcomes Tex-Mex fun as LOS PACAMINOS invite you on a tequila-fuelled journey into Mexican border blues. Los Pacaminos are all seasoned musicians, but undoubtedly one member is a musical favourite: a certain PAUL YOUNG, one of the UK’s best loved vocalists, who fronts the band. This show is all Tex-Mex, and does not feature Paul’s solo song hit parade.

The festival final night finale on Saturday 19 October puts together a double bill of the highest quality of current popular music. Opening the evening will be Birmingham-based international singer/songwriter PETE WILLIAMS (famous from his Dexys Midnight Runners days) and his band. His new album H.O.L.L.A.N.D has received acclaim from all quarters and is certain to be highly featured in his set. Following Pete is one of the fastest growing bands in the UK. Their album All is Red has been nominated in virtually every Album of the Year category you can name. ORPHAN COLOURS, fronted by Steve Llewellyn, bring their unique style up from London, giving us an opportunity to hear them close at hand in such an intimate environment before their inevitable rise to bigger venues takes over.

Bewdley Festival opens its daytime programme with a unique international performer on Saturday 12 October in St George’s Hall. BRIAN HERRING is one of the world’s leading puppeteers. He has worked on Spitting Image and created BB-8, the newest droid in the galaxy far, far away in both Star Wars The Force Awakens and The Last Jedi. He has developed new types of virtual puppetry using digital motion-capture systems. All these subjects and more will be covered in a presentation designed for both young and old alike.

Sunday 13 October brings the annual classical afternoon to St Anne’s Church. This year there is a full classical ORCHESTRAL CONCERT featuring a full orchestral performance by an orchestra drawn together from local musicians.

The afternoon of Monday 14 October features a subject of much local interest. CLIVE WILMER, Master of the Guild of St George, will be speaking as part of the celebration of the bicentenary of the birth of John Ruskin. His subject is ‘John Ruskin and William Morris in Worcestershire’.

There are two daytime events on Tuesday 15 October. In the morning, the ever popular BRETT WESTWOOD will be in St George’s Hall speaking on all matters naturalist, focusing on the Wyre Forest.

The afternoon brings MARK RICHARDS to the Baptist Church. Mark is a sculptor extraordinaire and will talk about the creation of Led Zeppelin’s John Bonham Memorial sculpture which was unveiled, last year in Redditch town centre. Mark will run through how the design developed and the challenges the commission presented. This will be a fascinating insight into what went on behind the scenes of what is now widely considered to be one of the most original memorials in the world.

Wednesday 16 October features long-serving, and very well known BBC sports journalist PAT MURPHY regaling the audience with his experiences in broadcasting and writing for more than a quarter of a century. Pat has worked with and interviewed many of the great and good in sport (especially football and cricket) and has published more than 40 books.

The festival welcomes back two established daytime favourites on Thursday 17 October. DAVID PARKER takes to the stage in St George’s Hall in the morning to give an illustrated talk on one of Bewdley Festival’s first ever guests – Laurie Lee.

As a television producer, David was fortunate to record the voice of Laurie Lee shortly before the writer’s death in 1997. Laurie did not ‘do’ television and these recordings are unique. In this session, David will use extracts from the interviews to reveal what they tell us about one of England’s finest chroniclers of our times.

The afternoon features the ever-popular local hero MAX KEEN as he dons his historical garb and brings the past to life at St George’s Hall. This year Max will be creating the world of General Gordon.

Friday 18 October is a first for the festival. There is an event specifically for school children and their parents when MARK THOMPSON , the TV astronomer, brings his Spectacular Science Show to the festival. Mark will be both entertaining and educating his audience with a series of scientific experiments. In the afternoon LOIS PRYCE be will relating her tales of ‘Lois on the Loose’ when she took her ‘Revolutionary Ride’ by motorcycle around Iran, covering 3,000 miles.

On Saturday afternoon of 19 October another festival favourite returns. LESLEY SMITH, Curator of Tutbury Castle, brings a lecture that is a rip-roaring tumble through the sexual exploits of the Tudors. Not just Henry VIII had a good time, so did a lot of other people, according to records. Not suitable for those who shock easily or have a nervous disposition!

This year’s Art Exhibition in Bewdley Museum throughout October features ‘Threads and Ink’, the work of Margaret Fairhead and Lynn Jeffrey.

Finally, the festival closes on Sunday morning in St Anne’s Church with a multi-denominational celebration, featuring music and singing from the children of the town.

Photocaption: Kate Humble in front of a Dutch barn (courtesy of Claire Richardson). 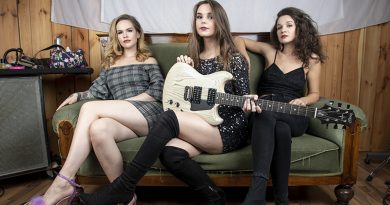 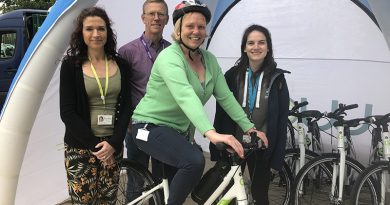 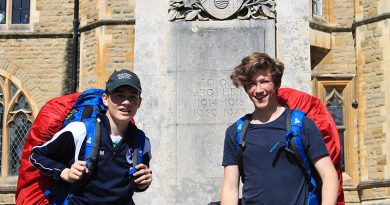