With just two months to go until Christmas, Wyre Forest charity KEMP Hospice is ho-ho-hoping that people of Worcestershire will get into the festive mood early by signing up for annual Santa Fun Run and to accept its challenge to make the event the region’s biggest ever.

Its annual winter fundraiser, which has taken place on the first Sunday in December every year at Brinton Park for over a decade attracts hundreds of runners. This year, as 2019 marks the hospice’s 50th anniversary, it will be adding one or two golden twists to the charity event, which includes the West Midlands only ‘officially timed’ 10k charity run.

Event organiser at KEMP Hospice, Shelley Stanley, said that this year KEMP was laying down a golden gauntlet to the county, with the challenge to attract at least 600 participants: “We would love to see at least 600 runners and riders sign up this year, because that would have a special significance. It would represent a runner or rider for every month since KEMP was first formed in 1969. Over the last 600 months, or 50 years, KEMP has been providing care and support to families of the Wyre Forest, families that have been affected by life-limiting illness of bereavement and we are proud to have reached such a golden milestone. This year’s Santa Fun Run will be an extra special one and we’ve arranged one or two extra special golden surprises too!”

Shelley added that it is a great event with the focus being on family festive fun: “The KEMP Santa Fun Run is the region’s best-loved event of its type and many see it as the traditional start to the Christmas countdown. We want as many people to join us on Sunday 1 December at Brinton Park. It will be a fantastic opportunity for the whole county to join in and celebrate our golden anniversary, to help raise crucial money for local hospice care, and to ensure that we can continue to provide that vital care and support to local families who desperately need our help.”

Everyone who takes part in the 10k and 5k run, as well as the 25-mile cycle ride through the Wyre Forest, will receive a free Santa suit to wear, a winners’ medal and refreshment, while children taking part in the 1k Santa Dash also receive a special medal and are encouraged to wear fancy dress.

People can sign up now to take part as registration is now open. It costs £15.00 per person to take part in the timed 10k run, £10.00 for the Family 5k, which is supported by Kidderminster Harriers’ Football Club, and £20.00 for the Santa Cycle Ride. The 1k Santa Dash is free for children. Everyone who takes part is asked to try to raise a minimum of £50.00 in sponsorship to mark the charity’s 50th anniversary.

Register online at www.kemphospice.org.uk/santafunrun or call KEMP Hospice Fundraising on 01562 756066. All money raised will go towards KEMP Hospice, helping to provide free-of-charge specialist care and support to people across the Wyre Forest who are dealing with life-limiting illness and bereavement.

01/06/2017 Newsdesk Comments Off on Strictly Worcestershire raises £37,000 for cancer charities 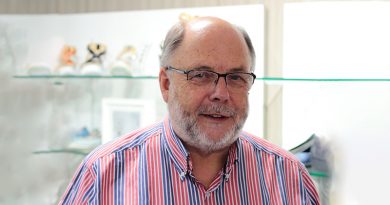 Robin Elt makes final for Personality of the Year 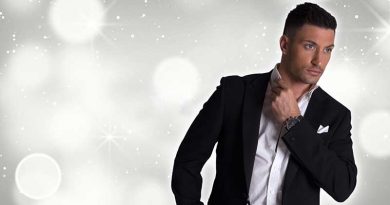 Giovanni Pernice in BORN TO WIN – NATO PER VINCERE