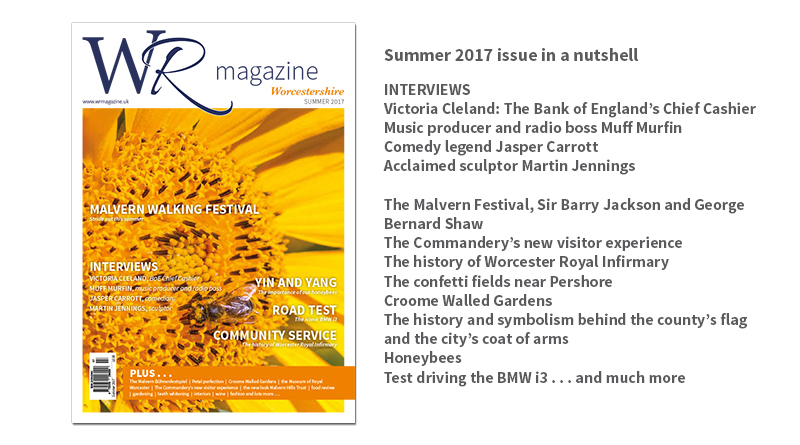 Here at WR magazine, we love it when summer comes because, with longer days, there’s so much more time to enjoy the many delights of our stunning county. So why don’t you join us in striding out along the Malvern Hills during the Walking Festival; or undertake one or both of the walks we feature?

In this issue, we talk to no less than four fascinating leaders in their respective fields, who also happen to have Worcestershire connections. The Bank of England’s Chief Cashier, Malvern-educated Victoria Cleland; music producer and radio boss Muff Murfin; comedy legend Jasper Carrott and acclaimed sculptor Martin Jennings. 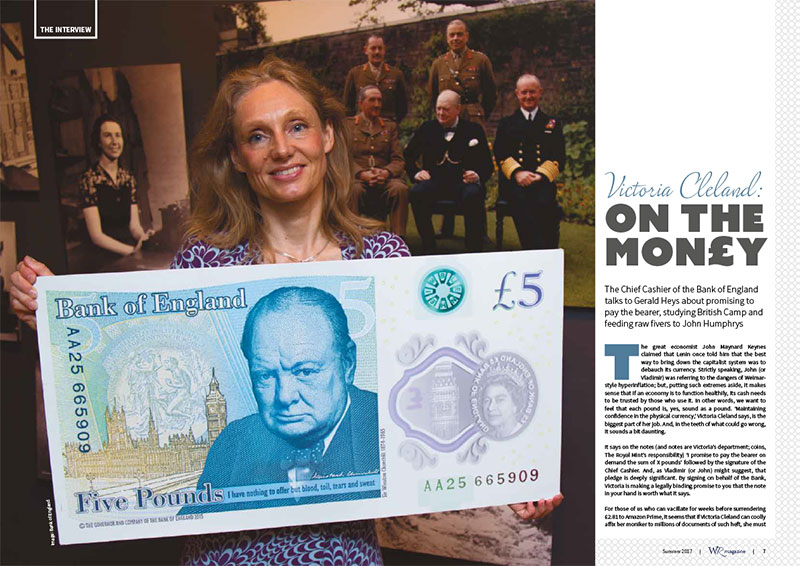 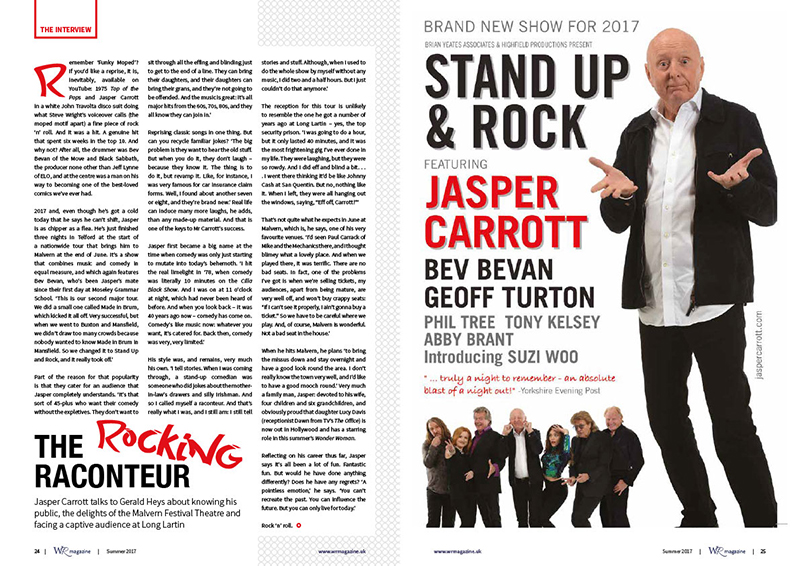 In addition, we learn about Sir Barry Jackson’s unmatched contributions to British theatre, and how he came together with George Bernard Shaw to create the original Malvern Festival; we reveal more about The Commandery’s major project to improve its visitor experience and we delve into the history of Worcester Royal Infirmary. 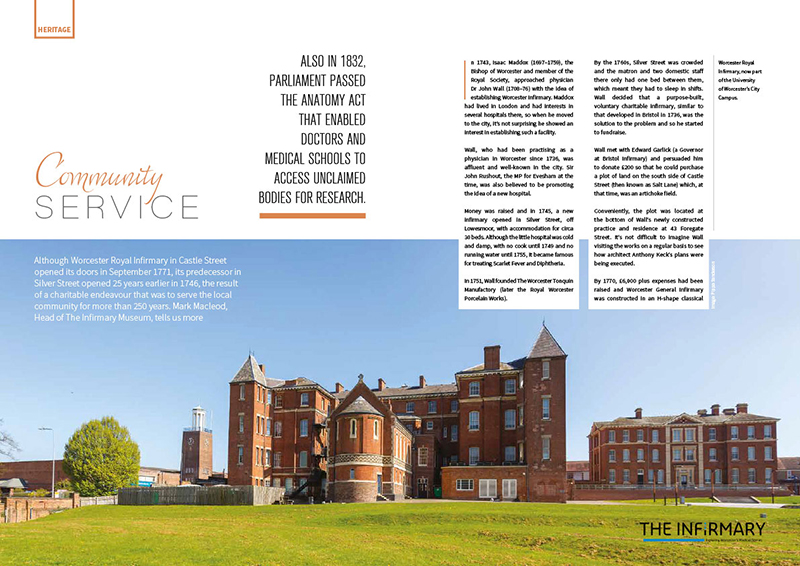 We revisit the confetti fields near Pershore to celebrate their 20th anniversary and are invited back to Croome Walled Gardens to see this wonderful work in progress and what they’ve discovered since the last time we visited. We also uncover the history and symbolism behind the county’s flag and the city’s coat of arms, and explore the importance of our most vital garden friend, the honeybee. We’ve also got a mouth-watering food review by a local food fan and blogger, along with contributions from all our wonderful regulars who really help make the magazine what it is. 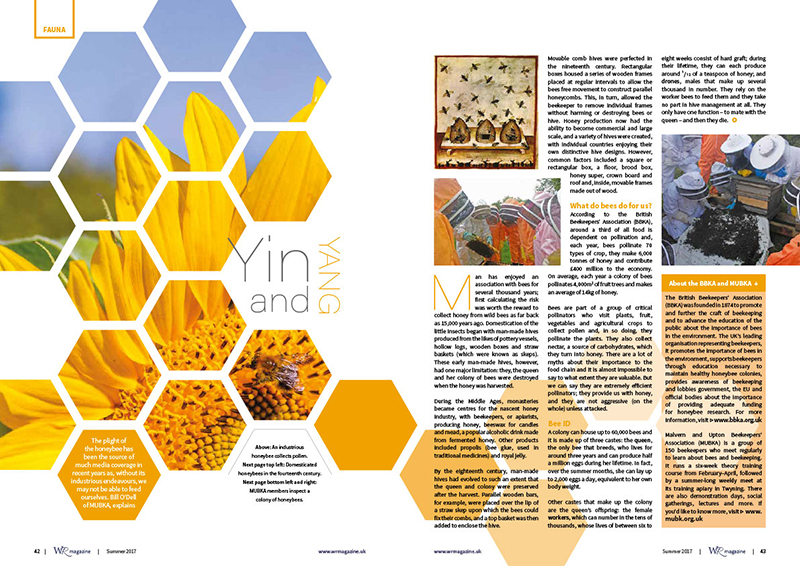 You may have noticed, but here at WR magazine we’re rather keen on electric vehicles and this issue we get the chance to try out the iconic BMW i3 . . . and we’re not disappointed. 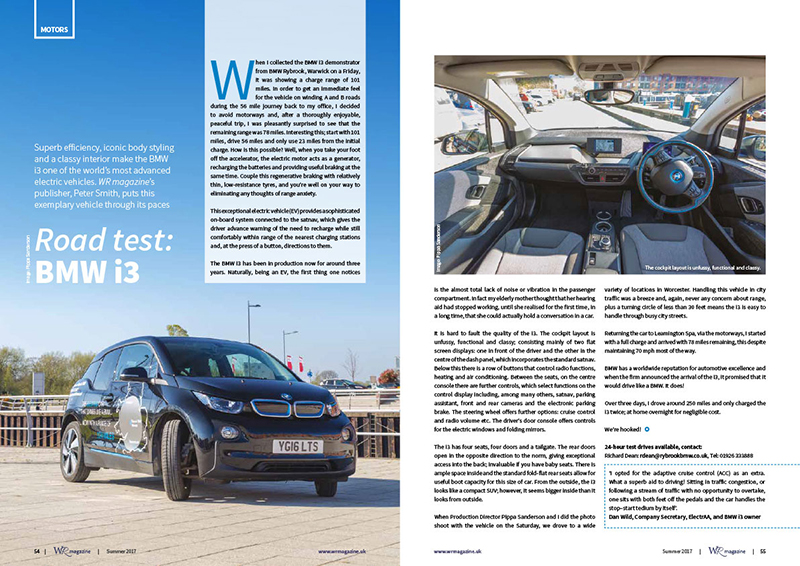 And finally, WR magazine is celebrating its second birthday. It’s hard to believe just how quickly the time has flown and we hope you’ve enjoyed the journey thus far. We continue to grow and evolve, and have many more stories to impart to you in the future, but if you’ve got a local story to tell of historical or cultural value, then do send us an email in the first instance.

In addition, issues are uploaded to Magzter, the digital newsstand, for purchase and consumption via PC/Mac, and Android and Apple devices. If you’d like to subscribe, just click here.

Happy reading and have a great summer. 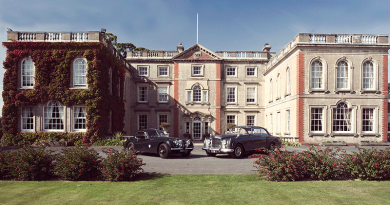 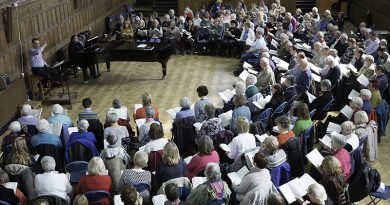 On song! 150 singers take on Verdi’s Requiem in a day at Worcester choral workshop

03/05/2018 Pippa Sanderson Comments Off on On song! 150 singers take on Verdi’s Requiem in a day at Worcester choral workshop

End of the line for old Kidderminster Station building